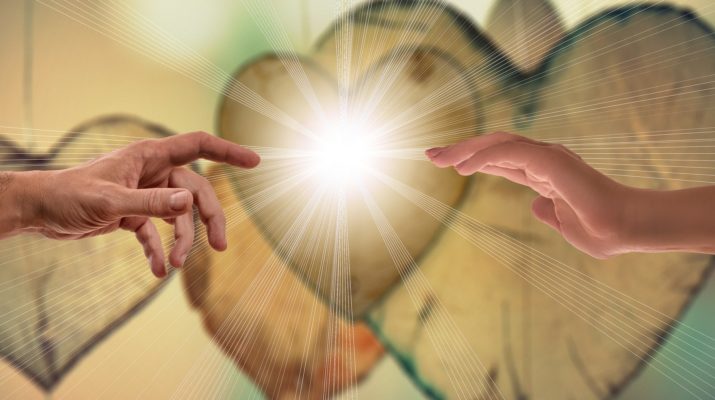 Omnipotent, omniscient, omnipresent almighty and supernatural Lord, Who created everything from nothing, was well known with the falling of man into sin before his creation. In the greatest plan of our Lord, Lord has created the man to dwell with him in worship and to rule over the world and all the creatures in the world (Genesis: 2:12) but due to the disobedience the man lost their dwelling place with the Lord and fallen into sin and became slaves of sin. (Genesis: 3:12-24), but Lord loved the man deeply from his heart because he was created in the image God and the likeness of God (Genesis: 1:26-28), due to the love of the man, God has prepared a great plan to save mankind from sin and promised them a Savior, the Messiah (Genesis: 3:15). The years passed away, but the creature of God started indulged more and more in sins and started pleasing satan and became corrupt in God’s sight and drifted away from God but the loving God was eagerly waiting for the return of a man from the sin.

As per God’s great plan lord promised a savior the Messiah, to fulfill that promise God has called a man from the city of Haran his name was Abraham (Genesis: 12.:1) and blessed him. The God’s blessings to Abraham was in 3 forms

Due to the blessing of God, Abraham received 3 of above-said blessings, but God’s great plan was to save of man from sin has not yet fulfilled, the man was getting involved into more sin day by day, so God has separated a nation to fulfill his great plan of saving humankind from the sin and that nation is called Israel (Genesis: 17:6-8). To send the savior Messiah through Israel God has separated Israel from all other gentiles and blessed them, purified them and gave them commandments and blessings through Moses.

In the age of Moses and Jesus Christ, God has given Israel such commandment and worshipping methods so that God can prove and make Israel differ from other gentiles and to send the savior Messiah through Israel nation. So these commandments and their worshipping methods are only for Jews and Israel (The people who are born from Abraham is Israel all other are gentiles) that is not for gentiles but today all Christian groups, those who are not Jews, Gentiles are using the same worshipping methods in the churches and other praying centers. We don’t know why? Open our eyes old testaments worshipping laws are not for us it’s for The Jews and Israel. Our Lord Jesus Christ has given us a new testament and covenant through his blood that is the Sacrifice of Jesus Christ in the Calvary. Please open our eyes to be sure that no one can betray us (Hebrew: 10:9-23), (Hebrew: 9:11-28). With the scarification of our Lord Jesus Christ, the Old Testament becomes fulfilled just believe on the Calvary Scarification. (Galatians: 3:19-29), Jesus has set you free.

Abraham died, and buried but God’s great plan of saving mankind was on the journey to fulfillment, years passed according to the great plan God has sent the Savior Messiah through Abraham, and David’s generation to the world (John: 3:1-18), he lived in the world for 33 ½ years did great miracles and for all the sins of humankind he sacrificed himself on the cross and resurrected and those who believed in his name, he gave the right to become the children of God (John: 1:13) and after that he went to heaven (Luke: 24:50-53)  and he is living in heaven as a one and only mediator for all who believe on him (1Timoty: 2:5,6) but the today’s Christians and other religions are worshipping to a different mediators, let ask ourselves is this right to pray to any other mediator than the Lord Jesus Christ, due to praying to other mediators we are ignoring and not accepting the great sacrifice of our Lord Jesus Christ.

In the Garden of Eden when Satan destroyed the heavenly world and God’s great plan, Jesus Christ destroyed the Satan and his Kingdom on the Calvary (Ephesians: 1:23-23), (Colossians: 2:15). Our Lord Jesus Christ is still alive as a king. He made a new covenant with his blood for all the humankind even that is Israel or Gentiles. The new covenant is “For God so loved the world that he gave his only son, that whoever believes in him would not be lost but have eternal life” (John: 3:16)

Saving of mankind and the fulfillment of Abraham’s blessing was completed on the Calvary by our Lord Jesus Christ’s crucifixion if that is so the blessing of Abraham can be defined in such a way.

Isaac was not the blessed son whom God had promised to Abraham it was our Lord Jesus Christ (Galatians: 3:15-16), the blessed nation God had promised him was not Israel it was the New Testament believers and church, the blessed land God had promised him was not Canaan it was New Heavenly Jerusalem (Hebrew: 11:8-10), The God’s blessing is to him that “through you all the nations will be blessed” has fulfilled in the Calvary,  We were Gentiles as we do not have the right to go to Lords presents but through the blood of Jesus Christ he has opened a new gate to the Lord for all the gentiles (Hebrew: 10:4-14), We were far away from God but through his blood he has given the permission to enter into God’s temple (Ephesians: 2:13-22). We as gentile blessed by believing in the sacrifice of Jesus Christ.

This was God’s great plan for all of us Even we are Christian or any other community, if we are gentiles don’t worry our Lord Jesus Christ has already shed his blood for the sin of humankind by believing on his blood we have the authority to enter into Lord’s temple and by his holy blood all our sins are forgiven.

Just believe in the Calvary that Jesus Christ died for me and my sin. May God bless you.