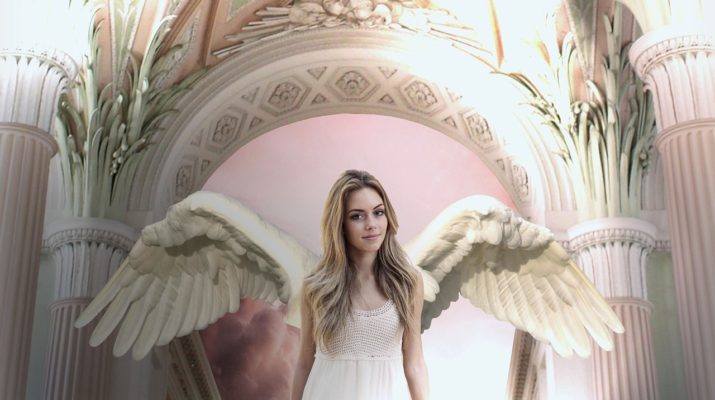 According to the majority of people, Angels are creatures who appear to be wearing a white shining robe with wings. They are also believed to be unique and attractive beings, like what they saw in the movies. However, there are some people who are in contrast to this typical idea of an angel’s appearance.

Let’s find out what the Bible says about their looks.

The look of the cherubim is an extraordinary look, a person at first sight at it might get scared because of the different four faces and eyes on their whole body including the wings. However, each one of them had four faces and four wings. Their legs were straight. Their feet looked like the feet of the calves, and they sparkled like polished brass (Ezekiel 1:6, 7). Under their wings are human arms. They each had a man’s face on the front, a lion’s face on the right side and an ox on the left side and an eagle’s face on the back. Their wings spread out over them, with the two wings of every one were joined one to another, and two covered their bodies. They also had wheels so they could turn to move in any direction. And there were eyes all over the rims of the four wheels and even on the whole body of the Cherubim.  (Ezekiel 1:10-18).

Michael means who is like God. And an Archangel means Chief of the angels as he being an archangel. He had the face of the lion. He had a body like human beings. He had two wings and a sword in his hand which represents that he was created for battles. His name is a battle cry. He is Archangel or Chief angel who rules the kingdom and planets. He is called in the Bible the prince (Daniel10:13; 11:1; 12:1).

He does look like a man. He was wearing linen clothes when he came to meet Daniel. He wore a belt made of pure gold around his waist. His body was smooth, shiny stone. His face was bright like lighting. His eyes were like flames of fire. His arms and feet were Shiny like the polished brass. His voice was loud like a crowd of people (Daniel 10: 5-6). He had two wings to fly.

The Work of the Angels according to the Bible.