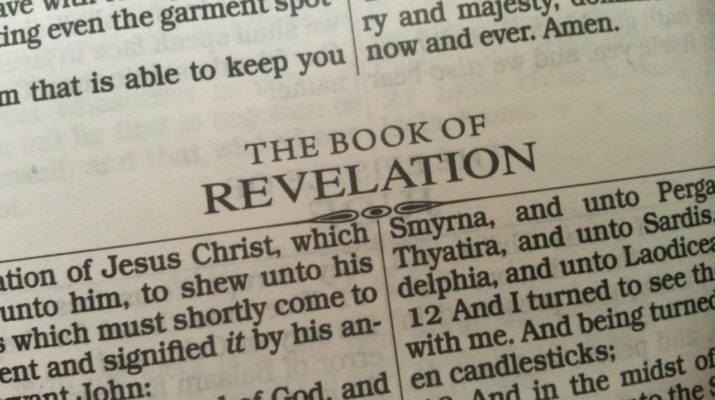 Dr. Billy Graham said “I am an optimist because I have read the last chapter of the Bible” Bob Mumford’s words are quite similar “We have read the end of the Book, and we know who wins.”

The book of Revelation is the last book of the Bible. To understand it properly, one should have a working knowledge of the entire Bible.

John was merely the writer, not the Author. The Lord is the author of this book. John twice stated these things, were shown to him by the Lord (Revelation 1:1, 22:8) and it was revealed so that this stuff must be testified in the churches (22:16)

The devil has always tried to distract believers’ attention away from this book. It describes the casting out of Satan from the heavenly places, his bondage for 1000 years in the Abyss, and his shameful fall into the lake of fire. Therefore Satan hates this book more than any other. Another book he hates is Genesis because it discloses his wiles. That is why he shouts against them and makes some say that 1st book is a myth and the last book is not in the Canon.

Note: – THE MAJOR CHARACTERISTIC OF REVELATION IS FIGURATIVE AND SYMBOLIC LANGUAGE. NOTE THE WORD “SIGNIFIED” IN THE FIRST VERSE (1: 1-3)

So proper understanding of symbols can be derived from the book itself or other books of Scripture.

This is a continuation of the prophecy of Daniel who was asked to Seal this book “unto the time of the end.” All the biblical prophecies converge here- Prophecies for Israel, Church, and Gentiles.

In this book the early part deals with the church, the middle refers to the nation of Israel and the end speaks of the Gentiles. In the structure of the Holy City of the New Jerusalem, we also find all three—

The Revelation is the book of fulfillment, of consummation, of completion. It is climatic and action packed. In it, heaven and earth meet, clouds are removed, and thrones, elders, angels are visible. The sound of harps, trumpets, crying of disembodied souls and thunderous and melodious singing are heard. The earth touches heaven. Good encounters evil. The Antichrist, false prophet, Satan and his host’s death and hell are thrown into the lake of fire (1 Timoty 4:1; 2 Timoty 3:1-5; 2 Peter 2:1, 2; Jude 15,18)

The new earth is revealed wherein dwelled righteousness, as the prophets of old foretold (Isiah 65:17). At last the patience and faith of the patriarchs and the saints are rewarded. The faith and hope of church and Israel unhindered and justice and peace are restored. The Bible that began with a “Paradise Lost” ends here with the good news of “Paradise Regained.”

A multitude of scriptures explicitly refer to the second coming of Christ; it is mentioned no less than 318 times in the 260 chapters of the N.T or once in every 25 verses. This truth of our Lord’s second coming runs through the Word of God like a silver cord from the (Genesis 3:15 to Revelation 22:20).

The vision is about the son of man, clothed with a garment down to the foot and he was in the midst of seven candlesticks (lampstand). This vision John saw was that of the glorified Son of Man, Jesus. He was in humanity, but now he is in glory (1 Timoty 2:5), and he is the high priest.

SEVEN DESCRIPTION OF HIS PERSON

Seven stars are the messengers of pastors of the seven churches. Lamps and stars are meant for night time. Jesus Said, “As long as I am in this world, I am the light of the world” (John 8:12; 9:5) when he was to leave this world he said to his disciples “You are the Light of the world” (Mathew 5:14). When Darkness becomes thicker, our light should shine brighter. These lamps were burning with oil. OIL STANDS FOR HOLY SPIRIT. We have to shine as lights in the midst of a crooked and perverse generation (PHIL 2:15). We need the Holy Spirit to shine in this dark world.

The Golden lampstand in the Bible.

THE STRUCTURE OF THE BOOK OF REVELATION

This book have the authentic division in itself

THE SEVEN EVENTS OF REVELATION